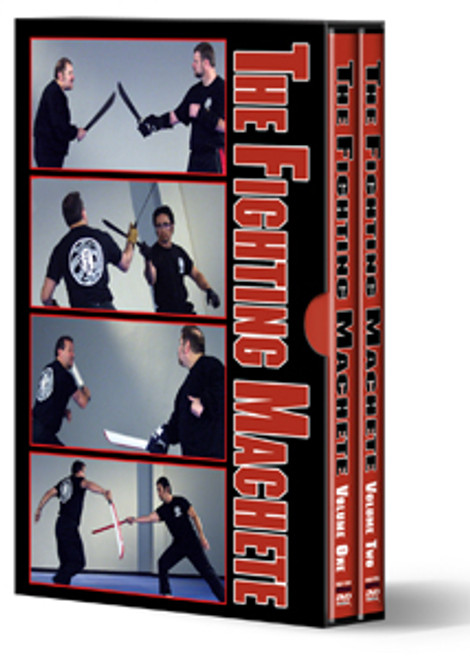 Machetes are some of the most common and useful tools in the world. They are used on ranches, farms and orchards or wherever thick brush or dense jungle abound, their long wide blades get the job done. But the Machete is more than just a tool. In a self defense emergency, it can also double as a big knife, or short sword capable of cutting, slashing, smashing or piercing just about anything in its path. In this instructional DVD series, Lynn Thompson teaches you how to harness the full self defense potential of these versatile blades.
Here are some of the topics covered:

Advantages and Disadvantages of the Machete as a Weapon

How to Choose a Machete, Sharpen it, and Customize it

How to Grip your Machete and Carry and Conceal it

Footwork - Over 26 Footwork Techniques are Taught!

13 Methods of Employing the Razor Edge of your Machete

Hitting, Smashing, and Hammering Utilizing the Flat of the Blade and Spine of your Machete

Defeating the Charge on Take-Down Attempts

Fighting from the Standing Grapple (Clinch)

How to Create and Identify an Opening in an Opponent's Defense

And Much Much More